We’re delighted to be sharing a guest blog by ultra runner and fellow Ordnance Survey #GetOutside Champion Karl Rushen. This year he’s taking on an incredible endurance challenge in memory of his brother, Lloyd.

If after reading Karl’s blog you’d like to get involved or make a donation, visit his website www.100peaks.co.uk. 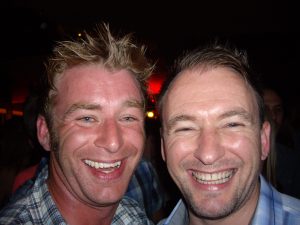 On the 16th June 2017 it will have been 6 years since we lost my little brother Lloyd Newell in Afghanistan. On that day I, along with some incredible people, also summit the last peak of The 100 Peaks Challenge, Pen Y Fan.

Just a little over two years ago I had an idea for creating a tribute to my little brother and trying to raise a substantial amount of money for two military charities, ABF The Soldiers Charity and Support Our Paras.

Lloydy was serving in the SAS when he was killed and I wanted to create a Challenge that embodied the very ethos of him as a person and the courses he had completed in the army.

On the 23rd May (coinciding with the day Lloydy left for his last tour 6 years ago) we will begin The 100 Peaks Challenge from Northern Scotland with the aim of ‘Tabbing’ (running with kit) 100 Peaks in the UK all above 2000 feet, cycling between the major Peak Regions and kayaking across the Irish Sea. 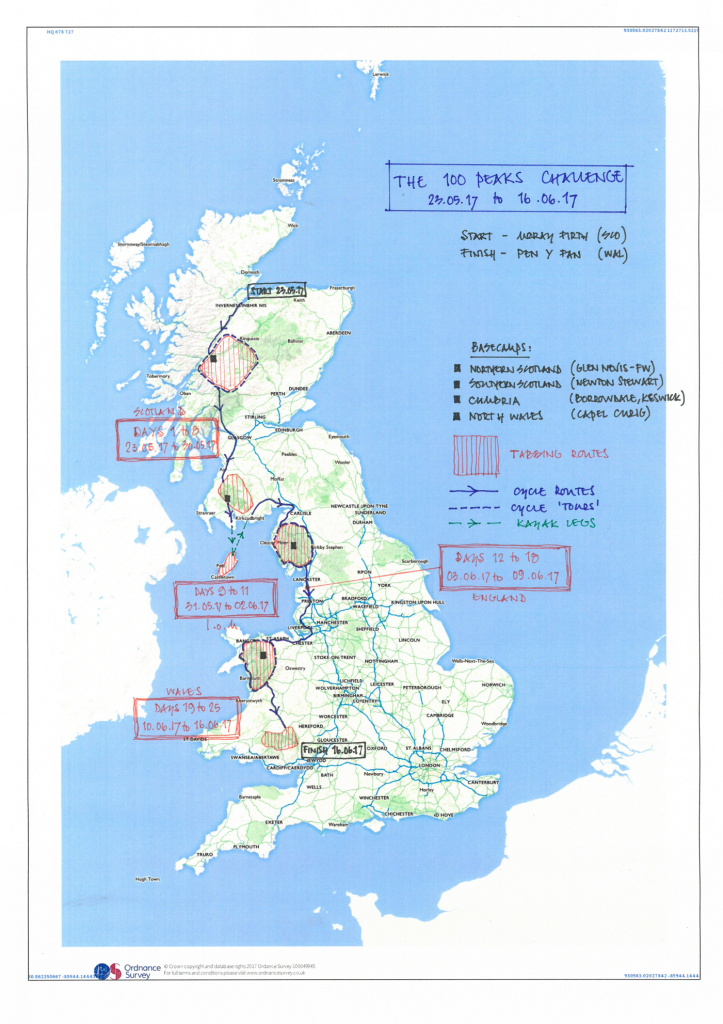 Over the course of the 25 days we will clock up nearly one thousand five hundred miles of tabbing and cycling as well as 2 crossings of the Irish Sea (to the Isle of Man and back to mainland UK). The challenge will also see us achieve an elevation gain in excess of 250,000 feet (average of 10,000 feet a day), equivalent to climbing Mount Everest 9 times.

The Challenge will have a Core Team of 6 that will take on the challenge together, with a large number of people (I hope) joining us at various stages (taking on their own personal challenges) during the course of the 25 days, as we make our way from Scotland to the Isle of Man, on to the Lakes, into North Wales and then finally, South Wales.

If you have a passion for being in the outdoors, in the hills, on the trails or on the bike, why not join us and be part of something truly special!

To make a donation to the charities or to find out how to get involved in person please go to the website www.100peaks.co.uk

Related Posts
Trail Shoe Review: Salewa Lite Train
The Lite Train is the lightest shoe in the new Alpine Speed Collection from Salewa.…
Race Report: Snowdon Skyrace 2021
by Sim According to the race website, "the Snowdon SkyRace® route was designed to offer a real test…
Top Kit: Women’s Winter Running Gear Review
Winter clothing choices can be tricky for runners: freezing when you start out, but before…