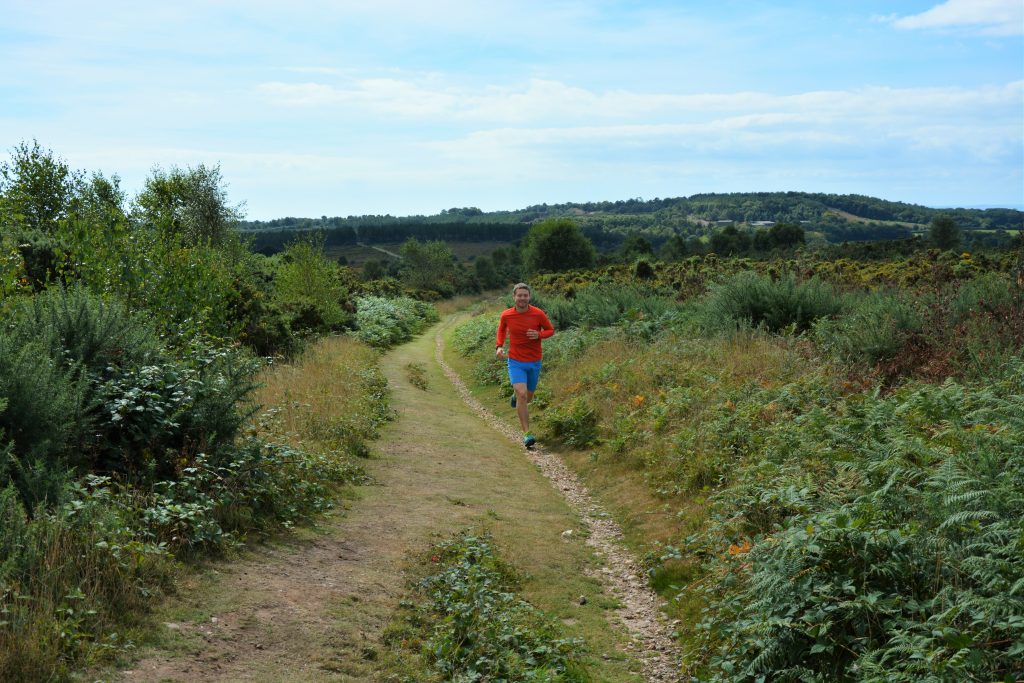 East of Exeter, the landscape of Devon is a glorious mixture of rolling green hills; leafy woodland; fertile river valleys; the spectacular Jurassic coastline and vast areas of heathland. These are pebblebed heaths, where the underlying  local sandstone pebbles are 30 metres deep in places. They’re fascinating to visit, both for their unique range of wildlife – a recent major study has found more than 350 rare or endangered species living here – and their excellent running trails. Woodbury Common, only a few miles from Exeter, is crisscrossed with a network of paths just waiting to be explored. It’s a tranquil place to be (outside of military training operations!) where far-reaching views over the heaths and hills finish at the glittering crescent of the sea. Well worth a detour are the earthy ditches and ramparts of Woodbury Castle, an Iron Age hillfort that was reused as a Napoleonic lookout. The East Devon Way crosses the common on its 38-mile journey from Exmouth to Lyme Regis, just over the border in Dorset: a well-waymarked route that’s a nice inland alternative to the South West Coast Path. It’s an enjoyable run as a single big day, or join it up with the Coast Path on a circular multi-day adventure.

Our run of the month starts and finishes at the pretty village of East Budleigh, climbing up to the common and joining the East Devon Way for a stretch before heading back down towards the sea. Full details, including step-by-step directions, maps and a .gpx file can be found here: Wild Running route 10 – East Devon Heathlands

Related Posts
Why do I need a running guidebook?
We've been asked on several occasions how a running guidebook differs from a walking one.…
Castore Marco Shorts Review
When we were recently approached by new British sportswear brand, Castore, to test and a review…
GetOutside Champions again!
We were delighted to be picked as GetOutside Champions by Ordnance Survey last year. It’s…