We asked Alastair Boyd, Manager of YHA Castleton in the Peak District, to share his favourite run with us. YHA Castleton is the venue for the annual Run YHA festival held this weekend Friday 8th to Sunday 10th May 2015.

My favourite run?   …That’s a good question?  While I love running anywhere new, just from the exploring aspect – seeing something new,  my favourite has to be running around my home.  I have the Peak District moors on my doorstep, literally.  I run out of my door onto Win Hill and Kinder Scout without crossing a road.  Kinder is a favourite.  I love the peaty bogs and the gritstone Tors and boulders up there.  The woolpacks are like Henry Moor sculptures.  I almost prefer the place in really bad weather, you have the place to yourself and it feels wilder and emptier somehow.  I never take a watch with me so I have only the vaguest idea of how long I’ve been out for or how far I’ve gone.  You can’t really tell from how tired you are either as it becomes very hard work when you are sinking into the bogs and high-stepping onto the tussocks.

If I had to pick a single ‘desert island’ run it would be either the Edale Skyline (20 ish miles) or the Skylite, the shorter (13 mile) version.  We’re using the Skylite in our  Run YHA Festival at Losehill Hall.  It is all on nicely graded tracks and paths and avoids all the bogs.  It is a circuit from Losehill Hall in Castleton but passes my door conveniently.

It starts on nice level tracks until the steady haul up the Roman Road to Hope Cross and Jaggers Clough.  A series of level paths with a perfect soft, sheep cropped grass carpet skirt the north side of the valley until the descent into Edale.  The hard work starts with the climb up Hardenclough onto Mam Tor but is a steady gradient and a good path all the way.  A cruise down the great ridge and back to Losehill with great views either side  remain.  It proved a popular route in last years Festival so I’m sure it will again this year.

…or maybe I prefer going up Win Hill?   That view over the Derwent Reservoirs from the top?   Who knows?  They are all good – I can’t decide! 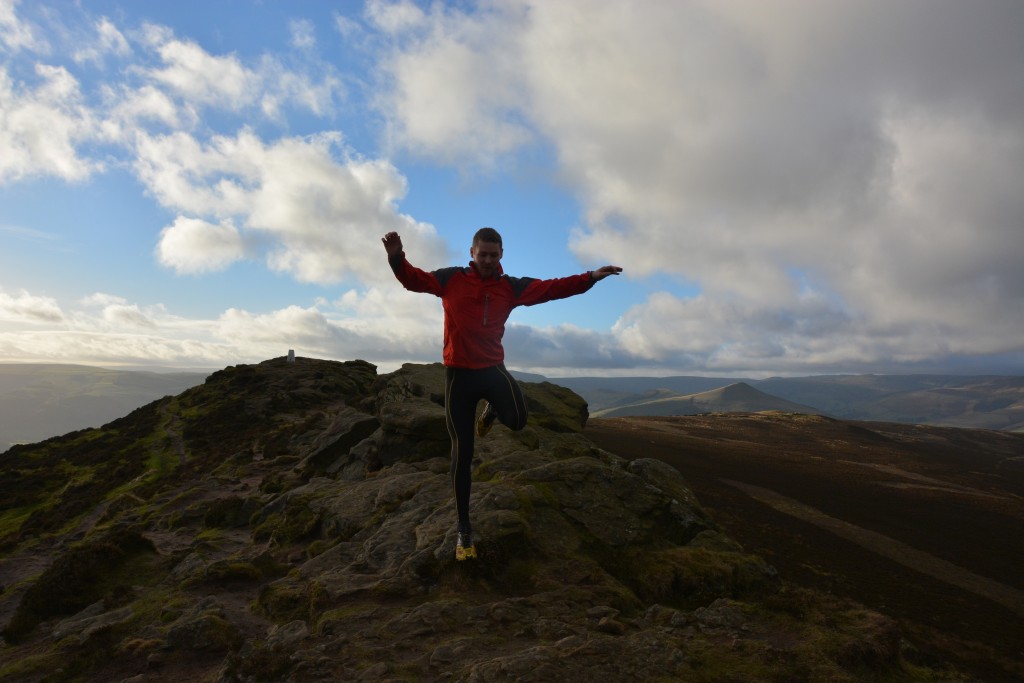 Related Posts
How To Wash and Re-Proof Waterproof Fabrics
A waterproof jacket is one of the most expensive items of kit you can buy…
My Favourite Run: Guest Blog by John & Hannah from Trailscape
Our Guest Blog this week comes from John and Hannah from Trailscape, organisers of fantastic…
Endurancelife CTS South Devon Race Report
The rock-strewn single-track coast path demands all my attention as it winds around craggy headlands…