As part of our Wild Year of adventures we’ve spent the last couple of months living, exploring and – of course – running in South Devon. It’s an amazing place to run, with the rugged tors of Dartmoor, the rolling hills of the South Hams, winding estuary trails and, edging it all, the South West Coast Path. This National Trail runs for some 630 miles around the south west peninsula from Poole, in Dorset, to Minehead in Somerset. Bolt Tail, the location of this month’s featured run, is right on the southernmost point of south Devon, its dark rocks reaching out, finger-like into the sea. 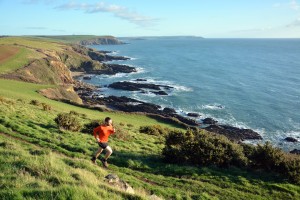 Running as fast as I dare, my feet skimming over rocks and dodging around boulders, I round the headland on a narrow, winding path. To one side, towering cliffs rise up into a clear blue sky; to the other, the gorse-covered hillside shelves steeply down to the sea below. My mind is focused entirely on each moment of running, negotiating the tricky terrain and keeping my body balanced and upright. Reaching easier ground at last along a grassy trail, I am suddenly acutely aware of the world all around me: gulls wheeling overhead, waves breaking on the rocks below, the sea spray’s saltiness in the air. For me, this is wild running. 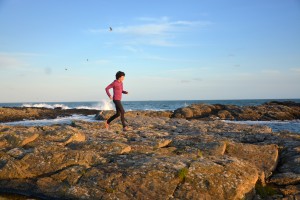 The beautiful and varied south Devon coastline runs from Seaton on the dramatic Jurassic coast westwards, through the cathedral city of Exeter, to the picturesque South Hams. Dotted with the jewels of Dartmouth, Salcombe and Kingsbridge along the coast and Ivybridge on its borders with Dartmoor, the region has endless scope for running as well as plenty to explore with families or friends. The lighthouse- studded coastline, with its rocky promontories at Start  Point and Bolt Head, provides adventurous and sometimes technically-challenging running along the South West Coast Path. There are beaches to explore along the great sandy sweep of Start Bay, and the lower Avon and Dart valleys lead through secluded valleys lined with lush woodland. The entire coast is designated an Area of Outstanding Natural Beauty, a perfect setting for many a wild running adventure. Inland, the terrain is classic Devon countryside, with lush, green, rolling hills and many footpaths and bridleways to explore. 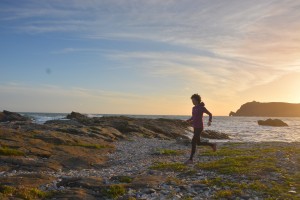 There are also some great races in the South Hams – there’s a coastal marathon that takes in a spectacular loop from Beesands, heading out along the Coast Path before turning inland across muddy fields and farm tracks and finishing through the nature reserve at Slapton Sands. The Coast to Coast adventure race finishes here after 140 miles of gruelling running, cycling and kayaking from the most northerly point of Devon south, crossing Exmoor and Dartmoor along the way. Amongst our favourite runs here is the tranquil Avon Estuary trail, following the river along winding trails through picturesque woodland. Our pick of the area, though, has to be the run out to Bolt Tail from Malborough. We ran this enjoyable loop over fantastic, varying terrain on a warm summer’s evening, the sun low in the sky casting a golden, fiery trail across the sea. 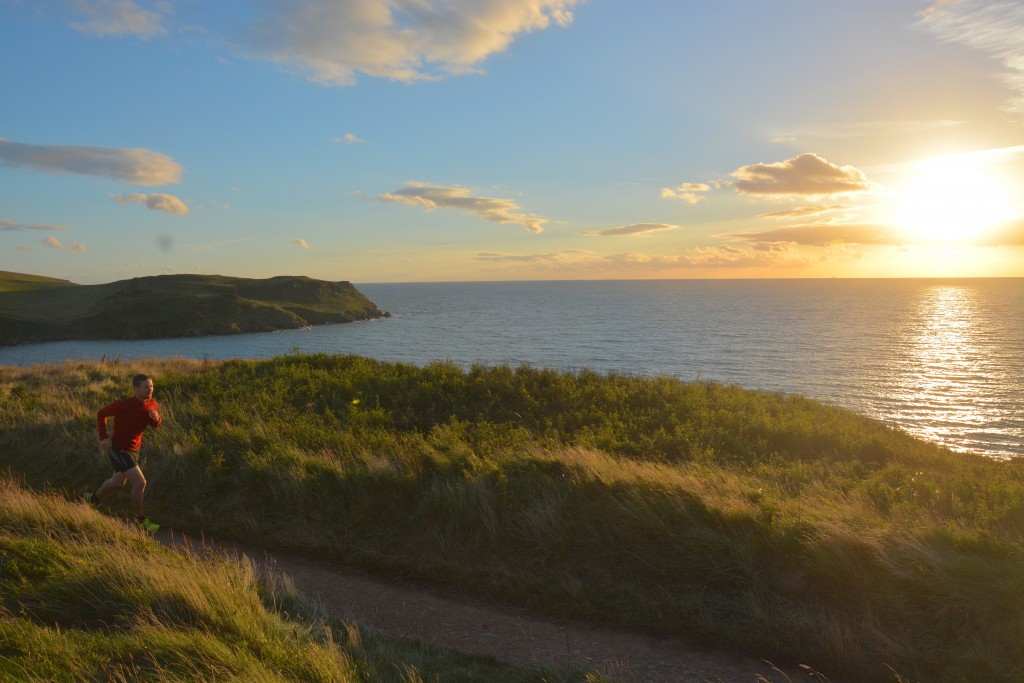 This is a glorious run along ancient green lanes and peaceful tracks and out onto the spectacular South West Coast Path. It takes in a 500BC hill fort at Bolt Tail, and pretty Hope Cove, with its tiny beach, many fishing boats and history as a centre for smuggling. From Malborough, head south through Portlemore Barton before heading across fields to South Down Farm and then out onto the SW Coast Path at Bolberry Down. Follow the Coast Path around Bolt Tail and on to Inner Hope. Turn right on footpath signed ‘Galmpton 1m’, returning across fields and along Higher Town back to Marlborough. The coast here is a wonderful place to watch the sun set, and in autumn the hedgerows are a feast of blackberries. Full route details including mapping and .GPX.

Related Posts
Guest Blog: My Favourite Run by YHA’s Alastair Boyd
We asked Alastair Boyd, Manager of YHA Castleton in the Peak District, to share his…
Run of the Month: Lyndhurst Loop, New Forest
Created as a royal forest for deer hunting by William I in the 11th century,…
Salomon shoe review: S-Lab Speed vs Fellraiser
Fellraisers are Salomon's hugely-popular lightweight trail shoes. We love running in them but find they…