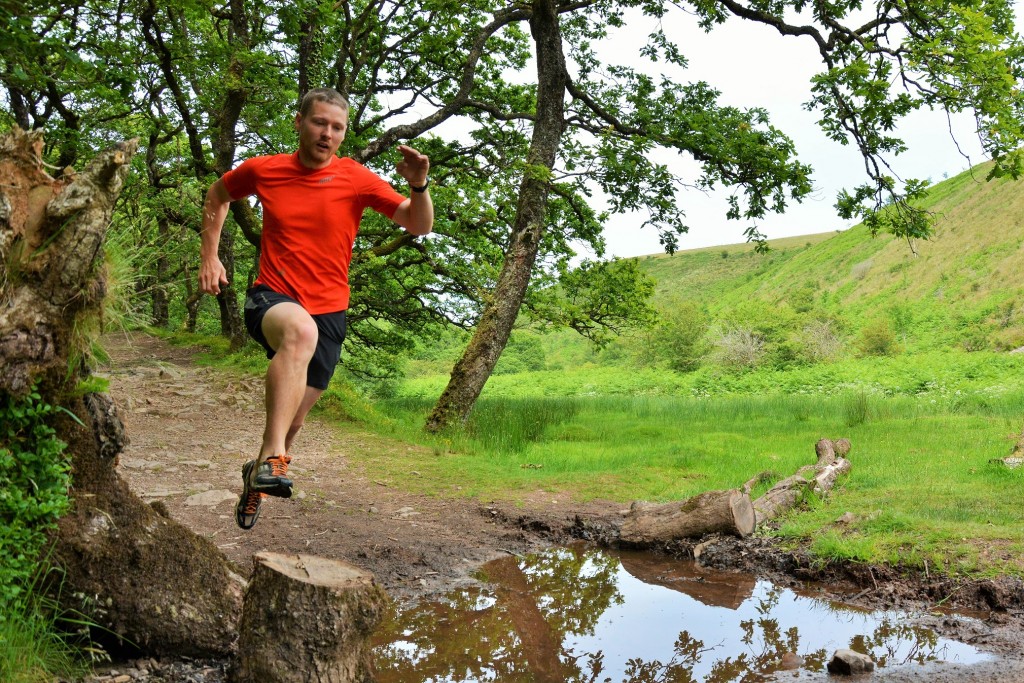 On our never-ending quest to seek out the best running this beautiful country has to offer and share it with you, we’ve recently been based on Exmoor, exploring and immersing ourselves in the area’s wealth of absolutely outstanding running. A former hunting forest, Exmoor National Park includes the Brendon Hills, the East Lyn Valley, the Vale of Porlock and a stretch of the Bristol Channel coast, lying across the counties of Devon and Somerset. There’s a great diversity of landscape here: rivers run through ancient oak forests; Devon-red trails wind over wide-open, grassy moorland; exciting, technical coast path rises and falls, often at the very cliff-edge, balanced above the sea.

We first ran on Exmoor over the winter and it was this experience that had us wanting to come back for more. Our top route back then was from a pretty pitch in the grounds of YHA Exford up to the highest point in the National Park, Dunkery Beacon at 519 metres. We followed a bridleway out of the village that brought us out on the Macmillan Way, a 290-mile trail that runs across Exmoor on its journey along a predominantly limestone belt from South Yorkshire to Dorset. The panoramic views from the top are well worth the climb, and from there is a fast, flying descent on clear paths all the way back. 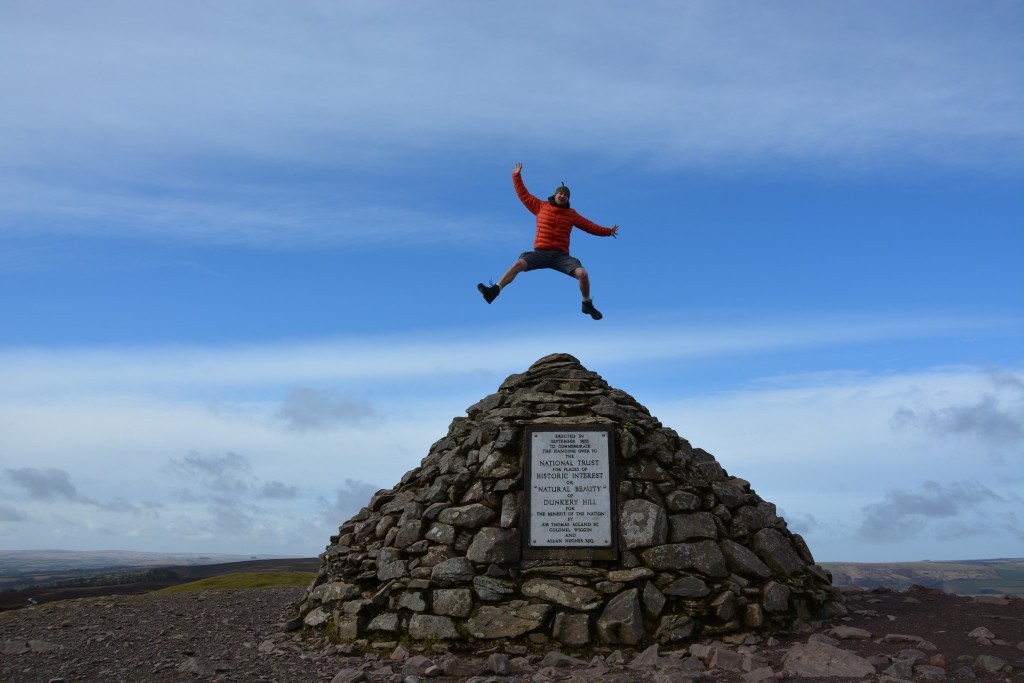 On our return visit we started with a brief tour of the North Devon coast, staying at the newly-opened National Trust Peppercombe Bothy which is right on the coast path, with views out across the Bristol Channel to Lundy. We enjoyed some great running here, taking in the variety of loops through the local woodland and down to the pebble beach. We also explored the coast path – heading east for the sandy expanses of Westward Ho! (about 5 miles) or west towards Hartland and one of our very favourite run routes. 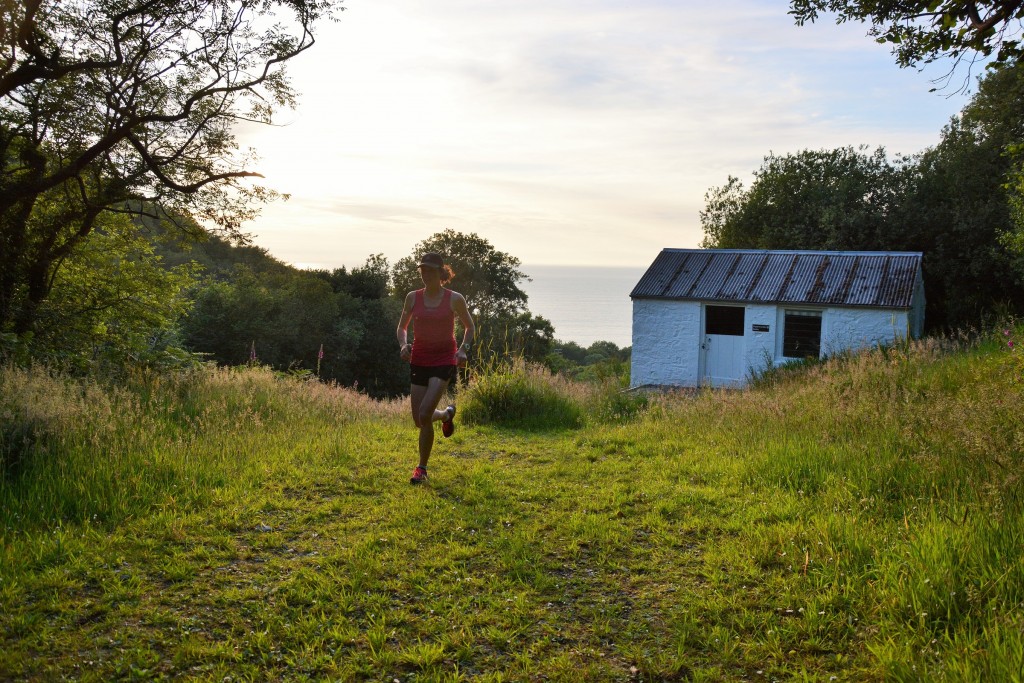 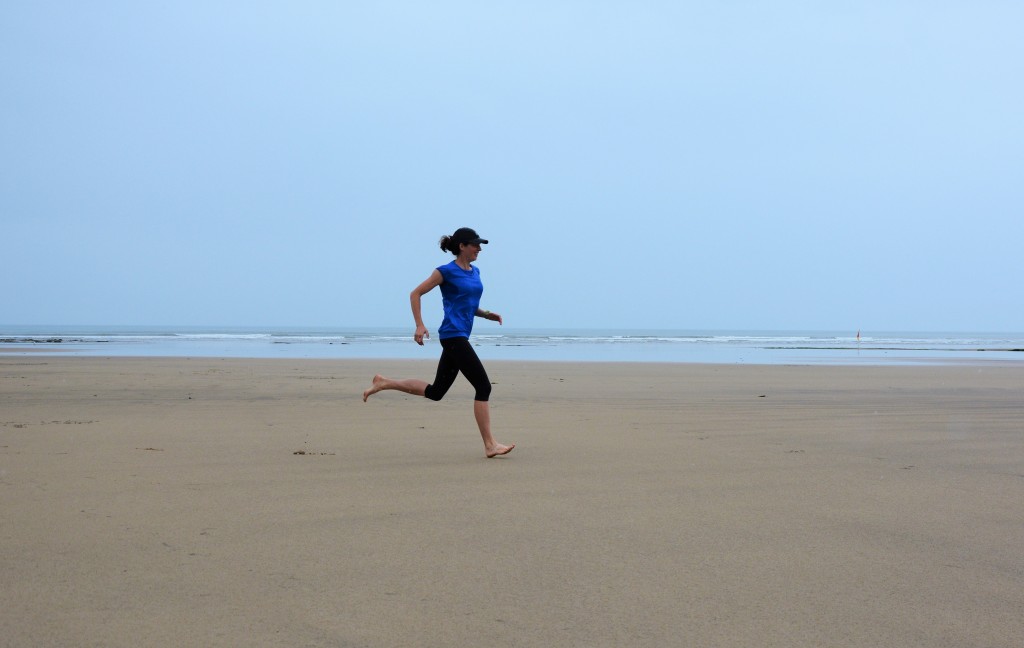 On the beach at Westward Ho! 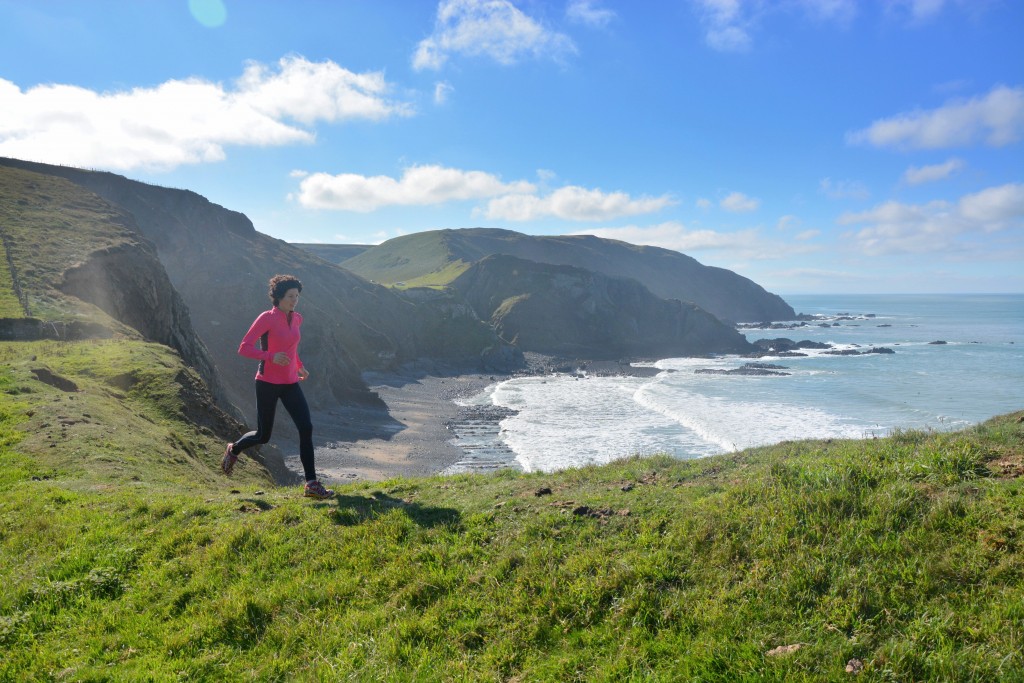 Returning to beautiful Exmoor we headed for the Doone Valley, a verdant scoop of lush woodland, babbling river and magical countryside filled with enough flora and fauna to distract from even the toughest of running. A perfect 7-mile loop straight from the tent at Cloud Farm campsite follows a bridleway along Badgworthy Water, a tributary that flows into the East Lyn River a little further on. At the rivers’ confluence it heads right, up onto the open moor. Bleak and desolate, this is truly wild running with only the native ponies and the occasional buzzard for company. The trail takes you unrelentingly upwards, over a fence that stretches across the moorland before joining a big track that takes you at high speed down off the fells towards Malmsmead and the bridleway back to Cloud Farm. If you fancy visiting the area the Trail Events Company have a range of race distances for the Exmoor stage of their trail series on 27th September, based at the campsite. 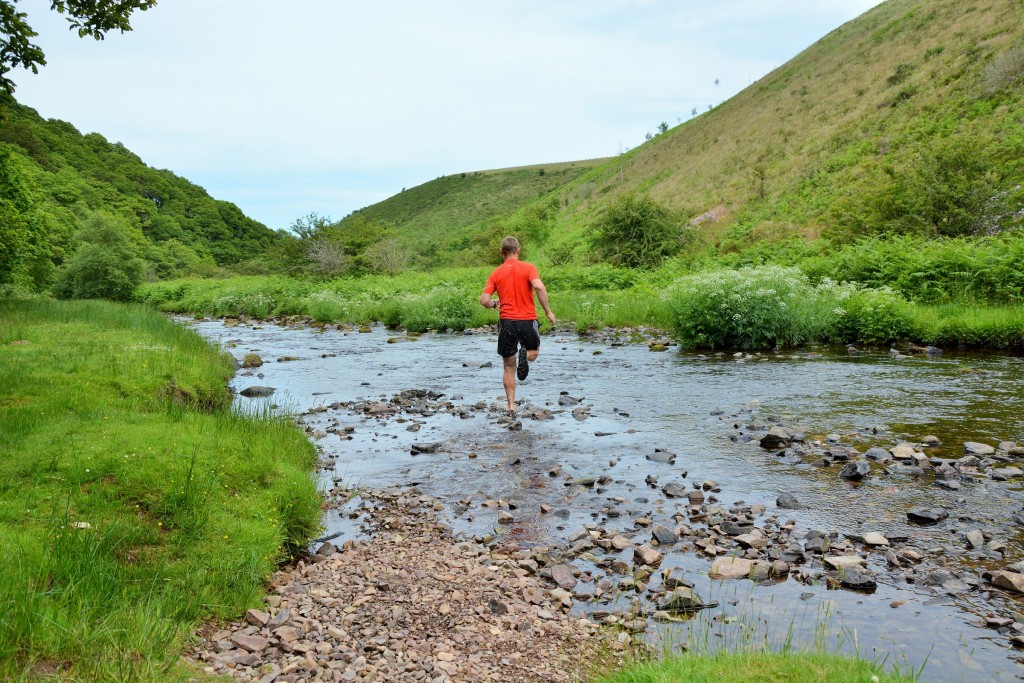 Running in the Doone Valley 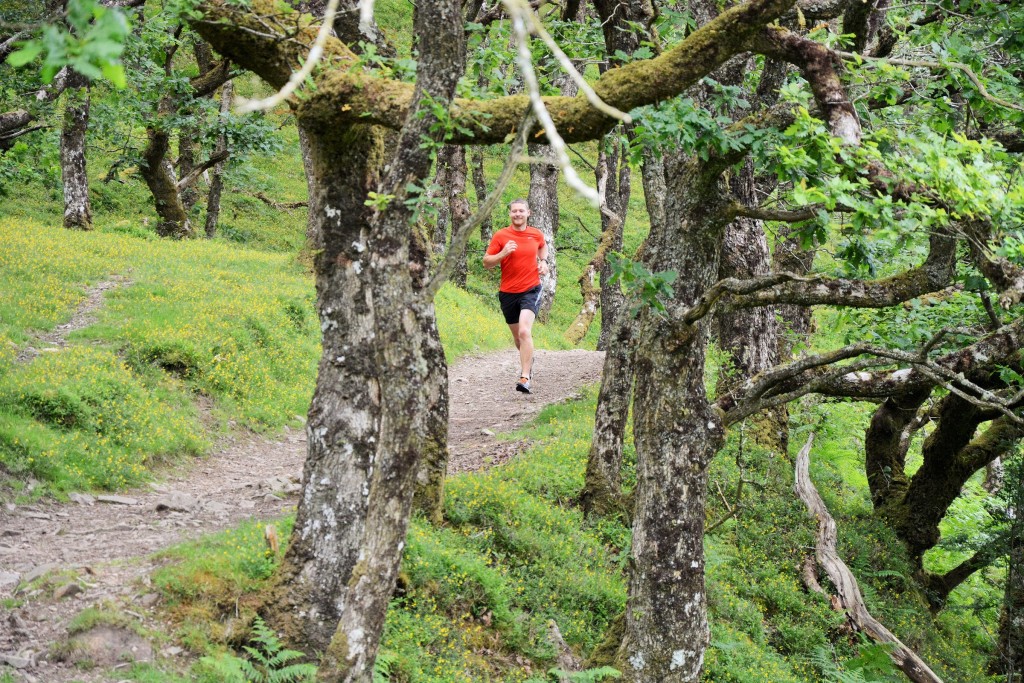 There’s so much scope for running on Exmoor – we’d advise just getting out and exploring. For a bit more inspiration here’s a blog from a while back by the National Trust’s Rob Joules on his favourite run in the Heddon Valley. Exmoor running is tough, but hugely exhilarating and rewarding. It’s a great place to explore, with many trails, footpaths, bridleways and waymarked routes to follow and a wonderfully adventurous feel. We’ll definitely be back.

Related Posts
How to choose a waterproof jacket for running
A good waterproof jacket will make all the difference to running in wet, windy weather -…
SoulPad 4000-hybrid Bell Tent Review
When we go away on a trip, whether we're racing or just spending a week…
How To Wash and Re-Proof Waterproof Fabrics
A waterproof jacket is one of the most expensive items of kit you can buy…